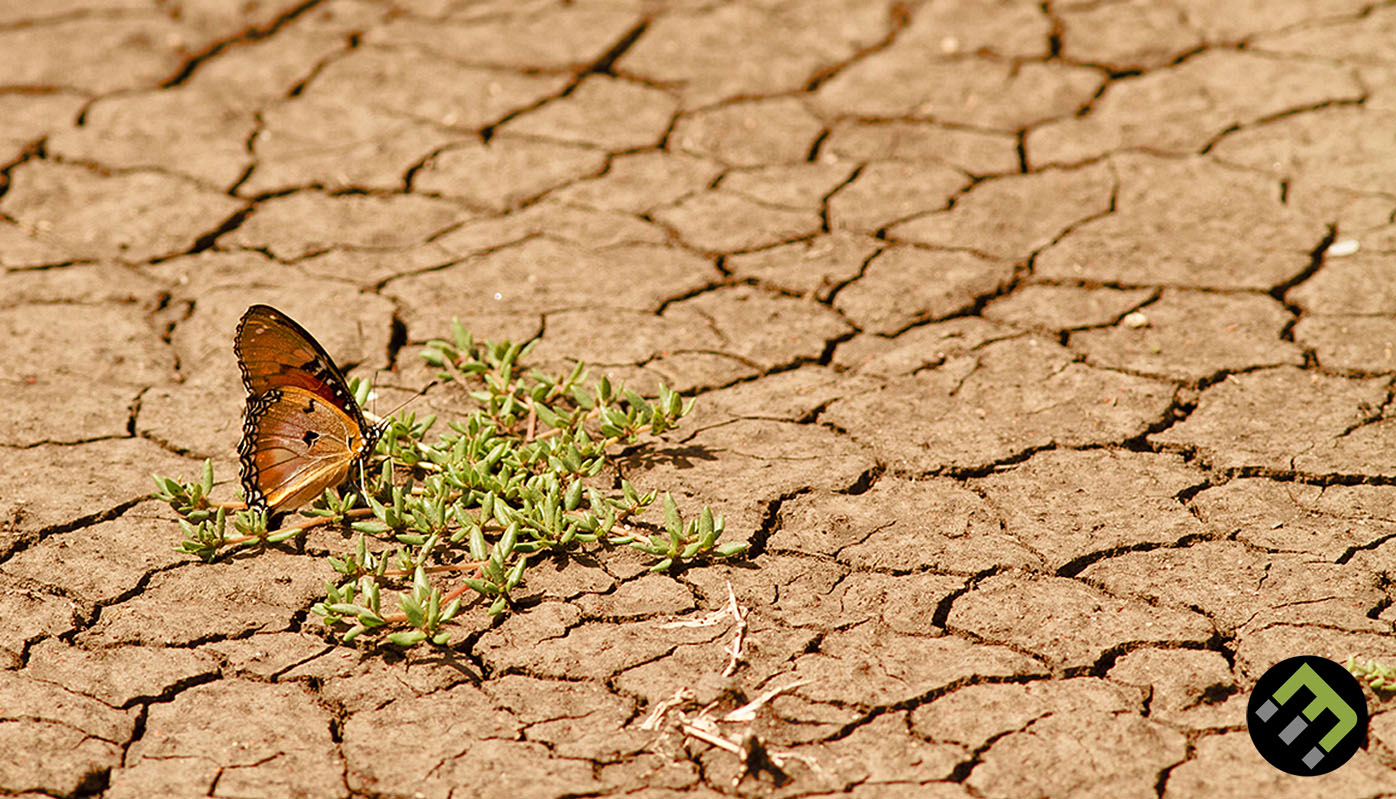 Desertification: What it Means and Why It Matters

Desertification is a silent, invisible, and slow-burn crisis that is currently destabilizing livelihoods and communities in over 100 countries 1. Much like climate change, the impacts of desertification are felt first-hand in specific belts of the world. That said, the rest of the world isn’t at all immune to the risks, especially second-hand impacts such as social destabilization, migration, food security, and water scarcity.

The 17th of June 2020 was observed as the World Day to Combat Desertification and Drought. In his speech, UN Secretary-General António Guterres highlighted the world’s annual loss of 24 billion tonnes of land to desertification and its causing factors 2. In an age characterized mainly by biting off more than we can chew on several fronts, the pace of desertification has increased nearly 35 times the historical speed.

The word itself might bring to mind wind-swept sandy dunes, but, in reality, desertification is a natural phenomenon aggravated to the point that it severely threatens the lives and livelihood of 200 million people worldwide.

Desertification is the process by which fertile land becomes a desert due to natural or human-made causes. The process is natural, but the human causes of desertification have vastly outpaced its natural speed. This decline in biological productivity happens due to a variety of causes, including:

Desertification not only degrades land in arid and sub-humid areas; it also destroys dryland ecosystems that already exist in deserts, shrublands, and drylands. The rapid global urbanization and land reclamation only serve to aggravate both causes and effects of desertification. Worse, it leaves us with much less land to use for growing food, which – in a world where 95% of nutritious food comes from healthy soil 3– is a dangerous situation to be in.

The Risks of Desertification

Worldwide desertification will have catastrophic systems on food and agricultural systems. As more and more lands become infertile and unavailable for agriculture, the pressures to produce food faster and in higher volumes will increase. Overexploitation of existing lands is a given due to a lack of choice 4; there will likely also be a spike in the use of chemicals, which will bring down the quality of food produced.

While deforestation is one of the significant causes of desertification, it is also exacerbated by the process it causes. When lands that were traditionally viable for agriculture decrease in usability, forests, and natural ecosystems will be encroached into. Hectares of forests will be torn down to make space for agricultural land.

In drought-prone and naturally dry areas of the world, desertification has the potential to wreak havoc on the peace and stability of nations. Battles over land and resources will blow up into full-scale wars, much like what is already happening in parts of Asia and Africa that are most vulnerable to the risks of desertification and climate change. Drought and land degradation can trigger a crisis that is then exacerbated by uneven food distribution, lack of access to what is available, and existing poverty and strife.

In a bid to move towards greener pastures literally and figuratively, thousands are displaced from their homes on the daily. This mass migration could be internal or international; either way, the environmental and social structures in areas that these migrants choose to settle in can come under severe pressures. This further fans the flame of conflict, inequality, and unsustainable living conditions.

Dropping rates of food security will increase the risks of starvation, malnutrition, and hunger for millions around the world. The rising heat from barren lands and higher temperatures will increase health hazards and infectious illnesses such as dengue and malaria. Unclean water and shortages will increase the chances of water-borne diseases such as cholera and dysentery. In short, desertification poses massive challenges to public health and has the potential to wreak havoc on unsuspecting healthcare systems 5.

How Desertification Relates to Climate Change

Human-induced global warming has wreaked havoc on climatic zones such that dry climates have increased in number and intensity, as have traditionally polar climates. Unprecedented heat waves and drying water bodies overwhelm the vegetation’s ability to recover from droughts, which results in irreversible degradation and desertification.

The changing patterns of rain caused by climate change also have much to contribute to the process of desertification. It must be noted that, while climate change has increased the frequency of rain, it has increased the intensity across the world. As a result, low-moisture soil tends to break up and get eroded when it rains heavily, which accelerates the process of desertification. Carbon emissions and pollutants lead to acid rain, which also decreases the quality of soil and food produced.

Due to climate change, the seas and oceans of the world have seen an unprecedented rise in water levels, especially in tropical and subtropical regions. At the same time, rivers are running dry due to a lack of rainfall– when coupled, these two factors contribute to rising seawater breaching freshwater areas inland. This process has led to soil becoming more saline and less fit for vegetation – whether natural or human-led – and this contributes to its desertification in the long run.

How to Reduce the Occurrence of Desertification

According to the United Nations, this year’s observance of the World Day to Combat Desertification and Drought – and the year in general – is focused on “changing public attitudes” towards production and consumption, which happen to be the leading drivers of desertification 6. “Food. Feed. Fibre.” is the banner under which the cause operates this year, and shifts the onus onto consumers to continue making lifestyle changes that sway governmental policy and supply chains.

The UN suggests the following specific actions to counteract the impact of desertification 7:

Desertification is an environmental issue that’s not as widely publicized but must feature in climate change conversations. The lack of public awareness doesn’t take away from the fact that the world is staring down, yet another multitude of threats to change the world as we know it.