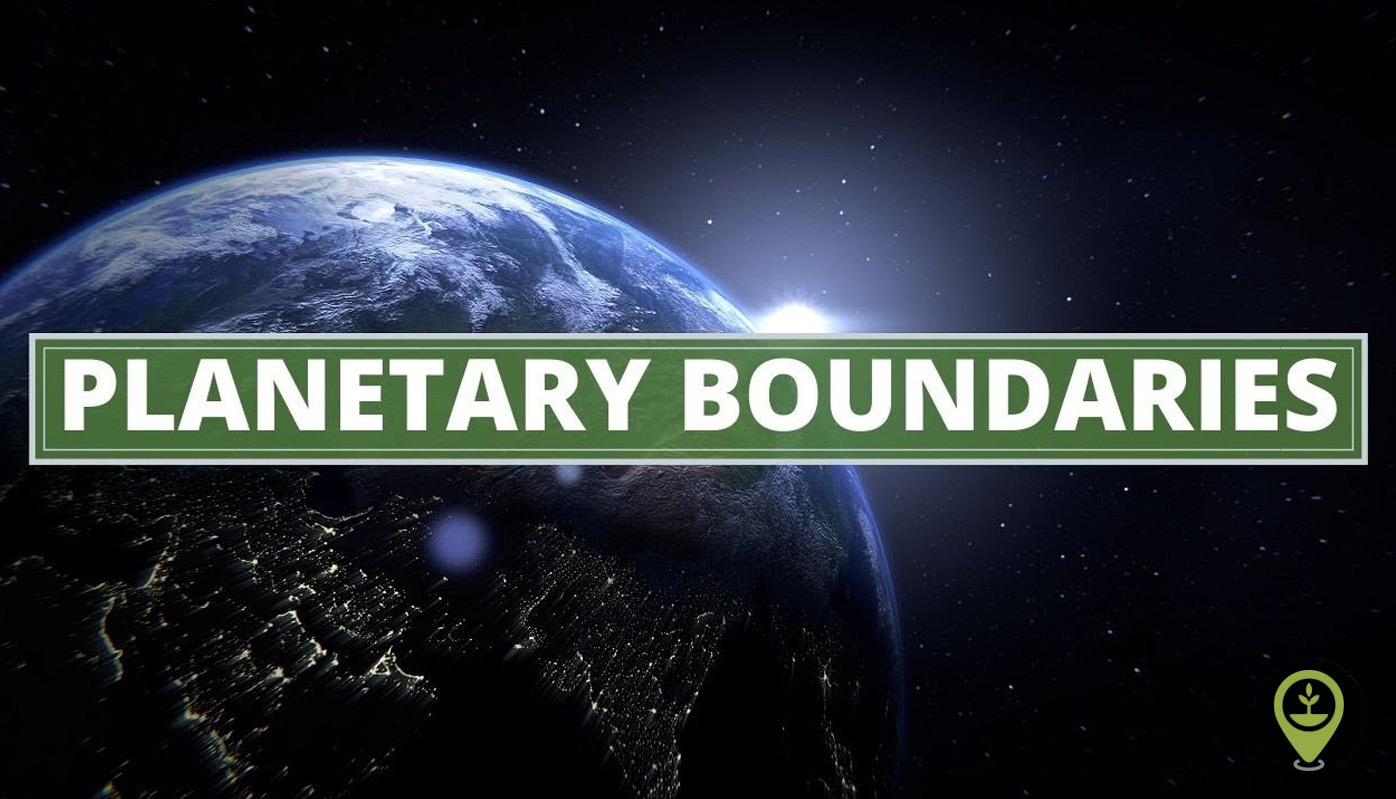 What Are Planetary Boundaries, And Why Are They Significant?

Earth wasn’t always as unstable as we see it today. Its environment had been relatively stable for thousands of years. Although minor and natural alterations kept happening, the overall environment was feasible for human existence. During this period, civilizations prospered, and the planet was thriving.

However, just after the industrial revolution, the environment started to deteriorate due to the excessive use of natural resources. The otherwise relatively stable Holocene era began to show cracks induced by human activities.

To ensure that the Earth remains livable for the next generations, in 2009, environmental scientists suggested a framework that consisted of nine “Planetary Boundaries.”

What are planetary boundaries?

Planetary boundaries, put simply, are thresholds within which humanity can survive, develop and thrive for generations to come. These nine boundaries created a safe operating limit for survival. The idea was to define what humans could and couldn’t cross while keeping the resilience and stability of Earth systems foremost in mind. If these boundaries are crossed, the scientists said, it would lead to abrupt or irreversible planetary changes that would have a large-scale impact.

The concentration of carbon dioxide (CO2) in the air was 280 ppm (parts per million) in the pre-industrial era. Now it has reached over 400 ppm. Some of the implications, such as the melting of polar ice sheets, are irreversible. Sea levels are rising, and Earth is getting warmer than ever since it became habitable for humans. The ongoing loss of the world’s rainforests is another alarming tipping point because it signals the weakening or reversal of terrestrial carbon sinks.

Small wonder, then, that accords such as the Paris Agreement urge the world to contain climate change to a maximum of 2 degrees above the pre-industrial level.

Many species of our diverse flora and fauna are not only endangered, but they’re also going extinct. The Zoological Society of London revealed that mammals, birds, and reptiles declined by 68% on average between 1970 and 2016. Research has shown that almost 30% of mammals, birds, and amphibians will be facing the threat of extinction in this century.

This is happening due to the constant demand for food, water, and natural resources. Biodiversity is being disturbed both by an increase in global temperatures and by civilizations excessively and irresponsibly clearing out the land. Humanity needs to enhance habitats and improve the connectivity between ecosystems to ensure the survival of the next generations. To achieve this target, we must develop policies that promote reforestation so that natural habitats are replenished.

Modern agriculture methods were adopted to increase yield to feed growing populations. However, the use of fertilizers has added many gases to the atmosphere. The industries where fertilizer production takes place—and the use of these in agriculture—are equally responsible for increasing greenhouse gases.

Although nitrogen and phosphorus increase the yield, a significant portion of these reaches the oceans and threatens marine life. Therefore, a planetary boundary of 25% of the current value of nitrogen has been set to ensure we stay within limits.

Forests, wetlands, and grasslands are being converted into agricultural land to sustain the world’s population and be fit for human use. This is a change in land use — instead of reforestation, humans are removing forests to make available more land for cultivation, and the Earth can’t adjust itself according to the growing needs of humanity.

Changes in the land system have affected CO2 concentrations, water flows, biodiversity, and ecosystems. With each instance of a forest or woodland being felled for agricultural purposes, we take one step closer to the point of no return. The absolute quantity of land, as well as its function, quality, and geographical distribution, must all be considered when establishing a limit for human modifications to land systems.

Research shows that by 2050 almost half a billion people will experience water scarcity. Freshwater resources are being affected by excessive usage by industries. Human modification of water bodies has a catastrophic impact on the environment, from changes in river flows and irregular vapor movements on a global scale.

To preserve the overall resilience of the Earth system, scientists recommend a water boundary connected to consumptive freshwater use and environmental flow needs.

Did you know that almost a quarter of CO2 in the atmosphere makes its way into oceans? When it reaches the water, it forms carbonic acid. This, in turn, decreases the pH of surface water.

The increased acidity has ramifications on global marine environments — it mitigates the carbonate ions necessary for corals, shellfish, and many other species to grow. Transgressing these boundaries and losing these species would mean a drastic change in ocean ecosystems and shortages in fish stocks.

Novel entities are defined as new chemicals, new forms of existing substances, and changed life forms that can have undesirable geophysical and biological consequences. Many of these have been introduced into the environment due to fundamental human-driven changes. The effects of these entities are long-term: they reduce fertility and increase the potential of permanent genetic damage in the generations to come. They’ve already been linked to the decrease in bird populations and hampered development in marine animals.

Although we don’t have a single significant chemical pollution boundary right now, scientists still think it’s enough cause for concern to prioritize action and research.

The ozone layer is responsible for filtering out the harmful ultraviolet rays from the sun. In the 1980s, the increased concentration of chemicals created a hole in the layer. When the layer gets thin, increased amounts of Ultraviolet rays make their way towards the Earth. And this, in turn, threatens the marine and terrestrial biological systems.

But there’s some good news here. The actions taken in the wake of the 1987 Montreal Protocol of 1987 have set us on the right path towards honoring this boundary!

Atmospheric aerosols affect global atmospheric circulation systems. The aerosols can formulate clouds that can cool and warm the Earth outside of standard natural cycles. Aerosols especially tend to affect the monsoon systems in tropical areas. The presence of aerosols also affects the reflection and absorption of solar rays in the environment.

In addition to all this, it’s also estimated that almost 800,000 people die annually from inhaling air polluted by harmful aerosols. This, along with the other red flags, has necessitated a planetary boundary dedicated exclusively to regulating aerosol use.

Significance and criticism of planetary boundaries

The Planetary Boundaries have received a share fair of criticism.

The first is that these boundaries apply to all countries equally, irrespective of whether they are developed or developing. However, developed countries pose a more serious threat to sustainability because of higher industrialization rates and less reliance on ancient systems.

Scientists have also said that the biodiversity boundary only looks at extinction as a variable — a rate that has never been constant in history anyway. Thus, using a single variable for biodiversity was not considered accurate.

That being said, planetary boundaries provided a powerful yet simple visual of what we should be doing. The message delivered by the framework of these boundaries indicated that there is a limit. If we are to ensure our existence on this planet, we must not cross that limit. Humans can progress as much as they want to, but they must not transgress these boundaries.

It’s also worth mentioning that many of these planetary boundaries are interdependent. As a result, we must adhere to these nine limits collectively, rather than focusing our efforts on only a few choice ones.