The Paris Agreement, a Refresher 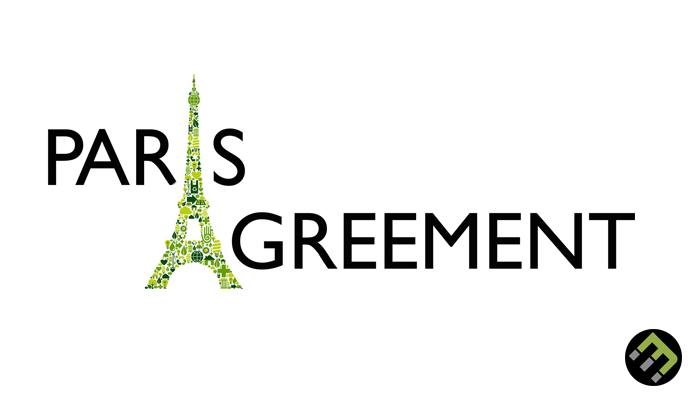 As the conversation surrounding climate change continues, we have begun to see its devastating effects. From freak storms and typhoons to raging forest fires, the range and destruction as a consequence of environmental change has affected us all. In the context of dealing with the vulnerability of the situation, the Paris Agreement was formed. It is a global framework that sets out to limit global warming and to provide support to individual countries in their quest to face the impacts of climate change. The agreement gives us a pathway for global action, which is the only way to limit and combat environmental change.

While the causes of global warming are varied, the only reason for the current situation is years of apathy by governments, coupled with rapid unchecked development. The Paris Agreement signals a drastic change in the outlook of these governing bodies and a commitment by them to fight global warming.

What is the Paris Agreement?

The Paris Agreement or the Paris Climate Accord came into place on 12 December 2015, at the Conference of the Parties (COP) in Paris, when members of the United Nations Framework Convention on Climate Change (UNFCCC) agreed to come together to combat climate change and work towards a low carbon future. The Paris Agreement pledges to help developing countries to adapt to the effects of climate change.

One of the main tenets of the agreement is the aim to keep the global temperature rise in this century, limited to two degrees Celsius above pre-industrial levels. In accordance with this, individual governments were asked to submit their contributions that outlined their plan to reduce and limit greenhouse gases. As of now, 181 countries have ratified the agreement.

Why was it created?

The accord came into effect because various governments across the world agreed that climate change was bad for the environment, was caused by human behavior, and the only way to combat it was through global action.

Scientists around the world are in agreement that human-generated emissions are the primary cause of global warming. Gases that include carbon dioxide, methane, and nitrous oxide, contribute to the greenhouse effect. These gases have increased significantly since the time of the industrial revolution, the likes of which have not been seen for the previous 800,000 years. The burning of fossil fuels has also led to the increase of carbon dioxide by 40%, nitrous oxide by 20%, and methane by a staggering 150% since the year 1750. Scientists have addressed how cutting down trees affect the climate since trees are one of the biggest carbon sinks.

Global warming puts delicate climate systems in grave danger. Even a small change in temperature affects the balance of these systems and creates an environment that is hostile to its inhabitants. We have seen the migration of polar bears and wolves in search of food supplies, as their previous hunting grounds no longer provide them with food. Climate change has resulted in melting polar caps, burning forests, coastal erosions, floods, and droughts. Delicate ecosystems are under threat, which has caused migration patterns of birds and sea life to change.

It is climate change that is also responsible for putting human health at risk. Rising temperatures have caused extreme heat, leading to the death of hundreds. Higher temperatures also allow pathogens to thrive and spread, which makes the outbreak of diseases and epidemics even more likely. Freshwater sources are under threat, making agriculture and food production more difficult. Rising sea levels are displacing hundreds of thousands of people, threatening entire economies, and destroying untold amounts of infrastructure. Civil unrest is not a far-off possibility, with the World Economic Forum placing climate change as the biggest threat to humanity.

Key Aspects of the Agreement

The Paris Agreement has several important key points that address different aspects of climate change. Here are a few of them:

As mentioned above, the Paris Agreement states that the various governments of the world will work to restrict the global temperature rise in this century to two degrees Celsius. In the long run, this is something that may prove to be extremely beneficial in controlling global warming.

According to this point, the various parties agree to reach their peak of carbon emission as quickly as possible and then work on creating sinks that include global reforestation.

Nationally Determined Contributions (NDCs) of individual countries to reduce the level of emissions on a national level and counter the impacts of climate change will be provided every five years. Each report will go above and beyond the previous levels, and developing countries will continue to mitigate harmful emissions.

Countries will take up initiatives to create and maintain sinks and reservoirs, which includes reforestation and counter effects of climate change.

The accord gives space and recognizes the importance of voluntary cooperation of the participants. This allows for higher participation, transparency, and higher ambition.

One of the main aspects of the agreement is helping countries adapt to the various results of climate change through support and international assistance. Participants are encouraged to create National Adaptation Plans and continuously update the international community.

Participants are to cooperate with each other to reduce and minimize the loss and damage caused by the adverse effects of environmental change. Sustainable development goals will be laid out to this effect.

The Paris Agreement creates a system of cooperation where developed parties will help developing parties to establish and reach global goals for sustainable development through both aid and knowledge.

Each party in the agreement will be encouraged to be transparent with their data on their action and support while encouraging compliance.

Scientific research will continue with greater cooperation. The research and policy will work together with periodic reviews and worldwide systemic observation of key components.

As global temperatures continue to rise and affect ecosystems and human life around the world, it has become the need of the hour for humans to work together in order to mitigate and fight climate change. In the fight for our survival, every step, every small action makes a difference even on the individual level. From choosing to shun plastics to reducing waste to initiatives like adopt a tree, all of us can be part of this endeavor to fight climate change.

The good news is that many bigger players have woken up to this reality. Businesses like EcoMatcher have sustainability as their core model helping other brands to integrate tree planting into their businesses.

As citizens of the world, the Paris Agreement is an essential framework that works to protect our world. Only with a unified global effort can climate change and its effects be stopped in its tracks.